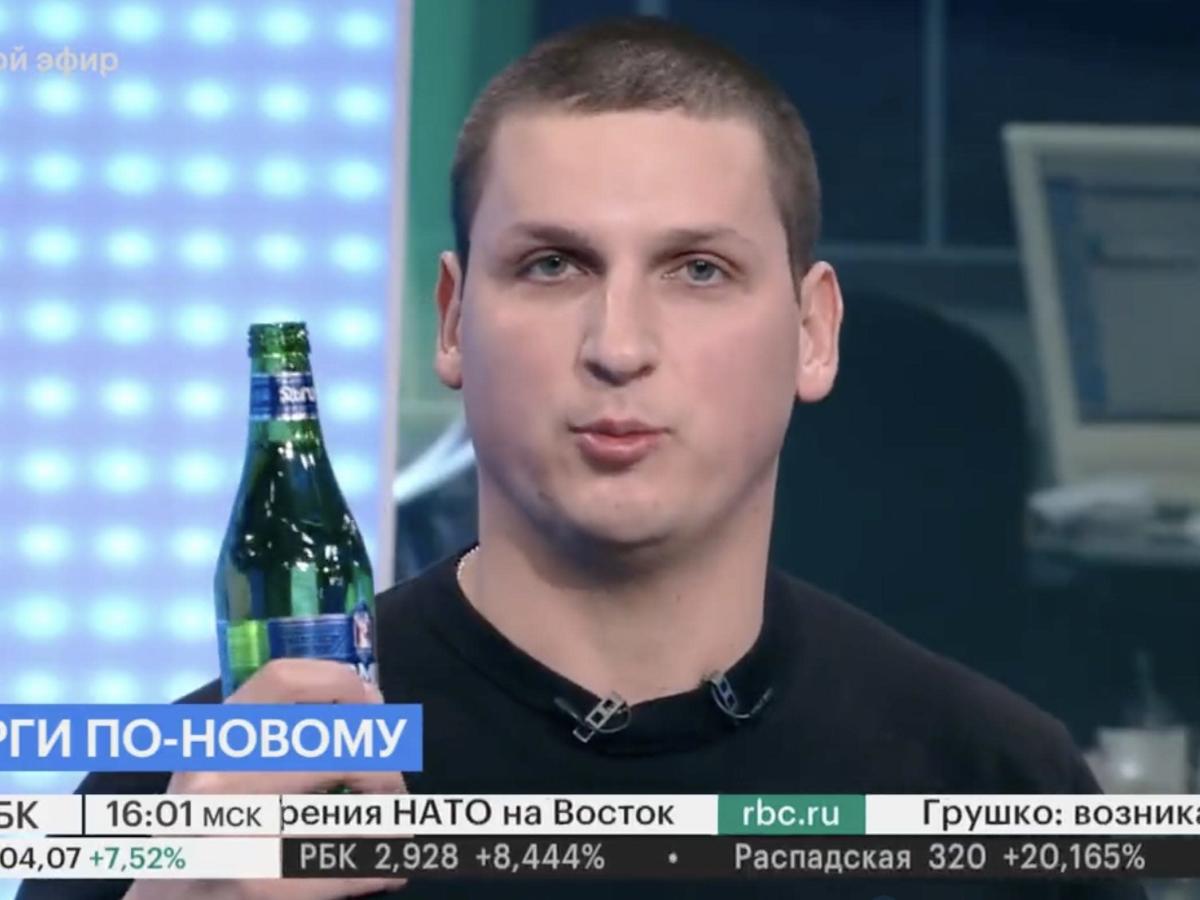 An analyst on Russian TV drank to the “death” of the country’s stock market in front of a shocked host.

Alexander Butmanov, a Russian economist, was asked by the host if exchange strategies today are outdated and if he wishes to stay in his profession.

“As a last resort, I will work as Santa Claus, like I did 25 years ago,” he responded.

When the host pushed him on his response, Butmanov grabbed a bottle of soda and said, “Jokes aside, let’s get this done quickly.”

“I say hello to Sergey Usichenko who drank 12-13 years ago for the death of the stock market. Today I drink soda,” he said holding up the bottle.

He concluded: “Dear stock market, you were close to us, you were interesting. Rest in peace dear friend.”

The host, clearly stunned, then said “I won’t comment on this flash mob because I don’t want to believe it…” as her guest took a drink.

Russia’s stock market has taken a massive hit and the ruble has hit an all-time low as the West ramps up sanctions against the country and its leader in the wake of a Russian invasion of Ukraine.