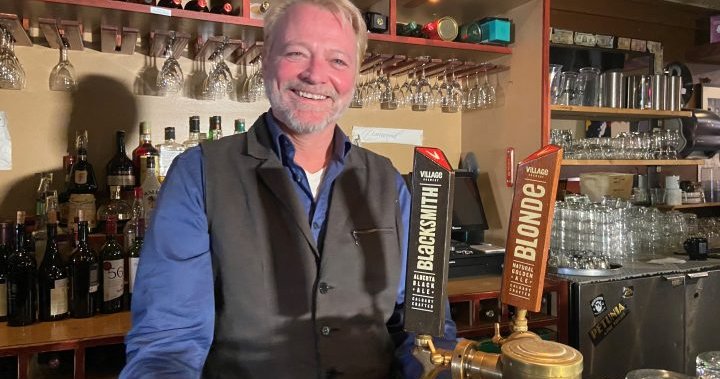 A Calgary business owner says rising utility bills are hampering his efforts to recover after two years of pain caused by the COVID-19 pandemic.

Alberta’s NDP opposition says a provincial $150 electricity rebate isn’t enough, and is calling on the UCP government to look at other options instead, like capping rates.

The Ironwood Stage & Grill in Inglewood is one of those business that has been struggling since the pandemic pulled the plug on many live performances at the popular music venue in Calgary.

Owner Patrick MacIntyre says his electricity bill has gone up 30 per cent this year, despite only being open for about 80 per cent of his regular, pre-pandemic hours.

“At the end of the day we are struggling to make ends meet and keep the payroll going and keep everyone employed,” MacIntyre said.

He said margins were tight before the pandemic and are even tighter now.

“Just because we made it through doesn’t mean that there is a switch that was flipped and businesses are back to normal and profit is starting to come through the door. Right now, this is the time where we need the support of the government to regulate things that they can regulate and help us all survive,” MacIntyre said.

On Monday, Premier Jason Kenney announced a $150 electricity rebate to help Albertans with the high power bills they faced this winter.

Most households, farms and small businesses are expected to be eligible.

“With electricity, you could certainly look at capping rates. You could also look at doing some sort of rebate program or a reverse rate rider. There are different alternatives, but they really need to have some money behind it,” Ganley said on Saturday at a news conference.

“I will be demanding that they amend their budget to provide real relief that is long past due,” Ganley said.

The press secretary for the Associate Minister of Natural Gas and Electricity said rate caps like the one the NDP had previously introduced, would not help taxpayers in the long run.

Taylor Hides said in a statement on Saturday that the UCP government is “taking a fiscally responsible approach to add capacity and deal with affordability in the face of market forces, geopolitics and decarbonization.”

“What the NDP doesn’t seem to understand is that utility rate payers and taxpayers are one and the same. That’s why any rate cap would be in essence a shell game, saving Albertans nothing whatsoever in the long run. The former NDP government embraced short-term solutions, like rate caps, that did nothing to enhance the future capacity of our energy systems and placed the burden of high costs on future generations of taxpayers,” Hides said.