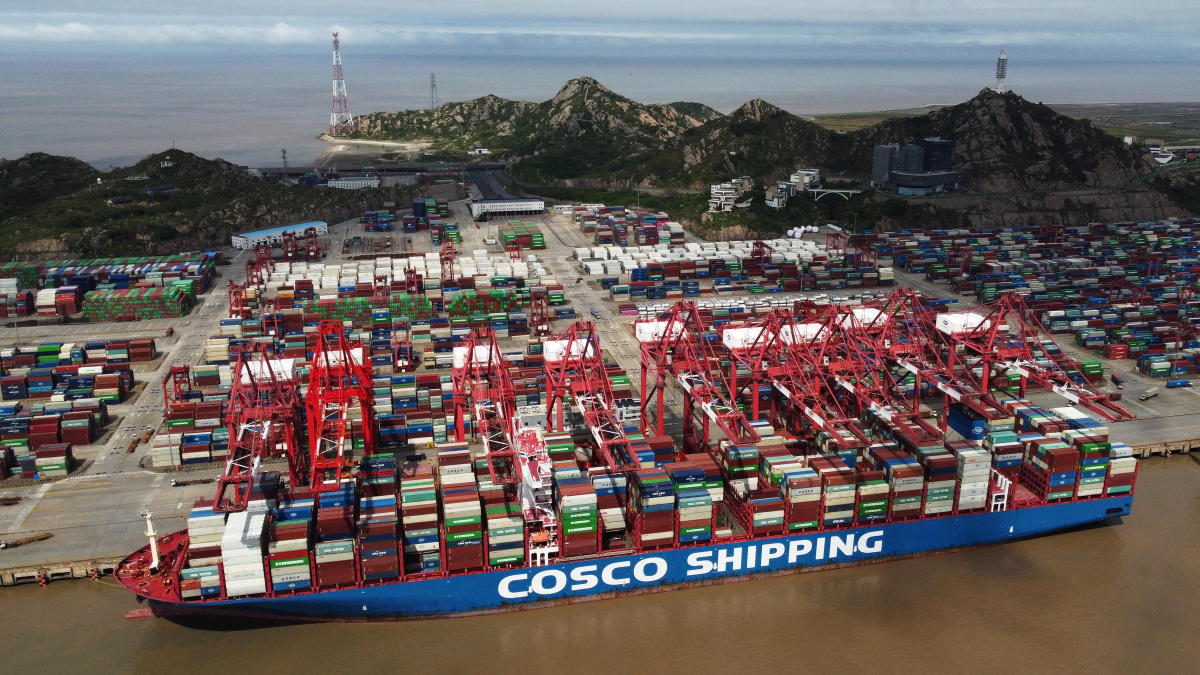 Many of the supply chain woes were related to the coronavirus pandemic and as a result, the bull-whip effect from it spread across the global economy, impacting companies everywhere.

“We are beyond the ability to continue to be surprised,” Jennifer Bisceglie, Interos founder and CEO, said on Yahoo Finance Live (video above). “We are beyond the ability to accept that there are black swans. The idea that not knowing is good enough anymore doesn’t work. Supply chains are being played out in the court of public opinion. You’re seeing the report in 10-Ks for public companies. You’re seeing valuations for private companies. Everyone is being judged on the health of their supply chain.”

Some companies have found ways to adapt. For example, Costco (COST) now charters seven ships in order to increase its supply chain flexibility to transport cargo between the U.S., Canada, and Asia.

Not all have been lucky, though. In its most recent earnings call, Bed Bath & Beyond (BBBY) attributed its disappointing quarterly results to global supply chain woes, stating that it had an “abnormally high” amount of inventory either in transit, unavailable, or stopgapped at ports.

“[O]ur perspective is that this year is going to be about the same as last year, and we thought nothing could be worse than last year,” Alber said.

While the conflict between Russia and Ukraine has caused a fair share of supply chain disruptions, the main cause at the moment is the “zero-COVID” policies implemented in China due to the rising number of COVID cases in the region.

Shanghai, home to the world’s largest container port, has remained shuttered since March 28 due to a rise in COVID cases.

Tesla (TSLA) was forced to halt production at its Shanghai factory as a result, which set the EV maker back by roughly 40,000 vehicles for the quarter.

Now, residents in China’s capital Beijing — and companies around the world that rely on Chinese commerce — are anticipating a possible lockdown as well since more COVID-19 restrictions in country pose a threat to labor and could lead to more port congestion.

“You’re already seeing that,” Bisceglie said. “I think that you’re seeing statistics come out that about 20% of the ports are being stopgapped because of the labor shortage.”

With a “third of those” stoppages outside Shanghai, Bisceglie explained that “you’re going to continue to see this as you see the ripple effect happening in the rolling shutdowns because of the pandemic.”

“I think the first thing to think about is simply how human the supply chain is,” Bisceglie said. “What’s happening in Shanghai, a displacement about almost 400 million people have been asked to stay home simply how physical and how human the supply chain is. And that creates a ripple effect just for sheer reduction of labor to actually unpack the ships and the trucks that are moving product around.”

A recent report from Interos found that more than 20,000 U.S. entities have relationships with “direct tier 1 suppliers” in the Shanghai region. Those numbers grow to 95,000 when including indirect suppliers at tier 2 and more than 203,500 at the tier 3 level.

“The last 24 months, every company, every country in the world was really educated simply how reliant they were on other companies and countries and people that they had no idea about,” Bisceglie said.

Bisceglie compared supply chains and reliance on specific countries to diamonds, “where we’re all sourcing and ordering product and services from the same few companies. There’s a lot of fat in that middle, where that diamond balloons out with distributors, resellers, alternative sources.”

“And then,” she continued, “we’re all sourcing from the same places of raw materials. So whether it’s Shanghai or Beijing or Ukraine or Russia or moving production to Mexico, this is really, as boring as it may sound, just truly getting that transparency so that you have the ability to make better-informed decisions faster in the supply chain. Whether that’s training more people to unload more trucks or investing technology, it really comes down to getting that transparency and the visibility into the extended supply chain.”

Read the latest financial and business news from Yahoo Finance