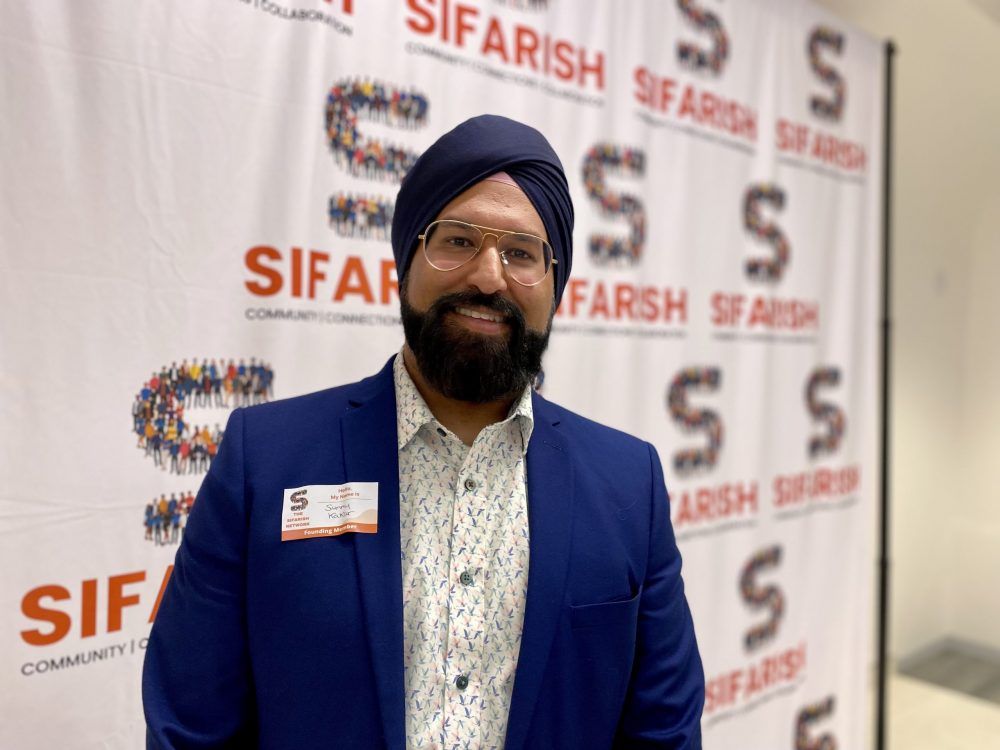 A new business network for Edmonton’s South Asian community hopes to highlight local talent and create connections both among members and with the city at large.

Downtown at the Stanley A. Milner Library, Thursday, co-founders Sunny Kakar and Raj Malhotra organized a mixer to announce the launch of Sifarish, a non-profit organization aiming to empower South Asian businesses and professionals through networking events, referrals and mentorship.

Kakar, a manager with ATB Financial by day, said the pair arrived at the idea in December with the intention of bringing the community together and creating spaces for members to spark partnerships and advance their careers.

In doing so, he added, the hope is that Sirafish will also act as a bridge between members and the city as a whole.

“It’s a community builder, but obviously it starts with what we know, where we’re from and where our connections lie,” he said. “By no means are we on an island; we’re part of the bigger community.”

Malhotra, who’s also the CEO of a DNA testing company, said that over the next few weeks the organization will be working on publicly accessible directories to highlight members — “a one-stop shop” to promote the expertise and talents of South Asian professionals and enterprises.

According to the co-founders, the word “Sifarish” means “commendation” or “recommendation” in Urdu and Hindi.

“We want to help every single individual in our community in one way or another,” Malhotra said, adding he plans to use the network to lend a hand to immigrants and newcomers trying to put down roots. “The idea is to give them opportunities through mentorship, through volunteer work, and through business connections to build community.”

“I made connections with those people,” he said. “I’m helping them in their future lending.”

‘We don’t know many people’

For immigrants to Canada like himself, Tuli added, it can be difficult to advance in business without previous or longstanding connections to the community.

“We don’t know many people,” he said. “We don’t have as much of a social life here, but today I’m meeting with 100-plus people, so it’s good connectivity as well for your social life.”

Although Sifarish is geared toward a specific community, Malhotra said, it’s by no means exclusive.

“Anyone’s welcome to join our group,” he said. “We have no restrictions on being South Asian or anything like that.”

After the organization finds its footing in Edmonton, Malhotra added, the next step will involve branching out to Calgary. But the duo also have national ambitions and hope to reach Vancouver and Toronto in a couple of years.

“We have lots of homegrown talent that has moved away from Edmonton,” he said. “We’re reaching out to those people to join us so that we can expand the network.”

Sign up to receive daily headline news from the Edmonton Journal, a division of Postmedia Network Inc.

The next issue of Edmonton Journal Headline News will soon be in your inbox.