Finance company Mirador to bring hundreds of jobs to Stamford 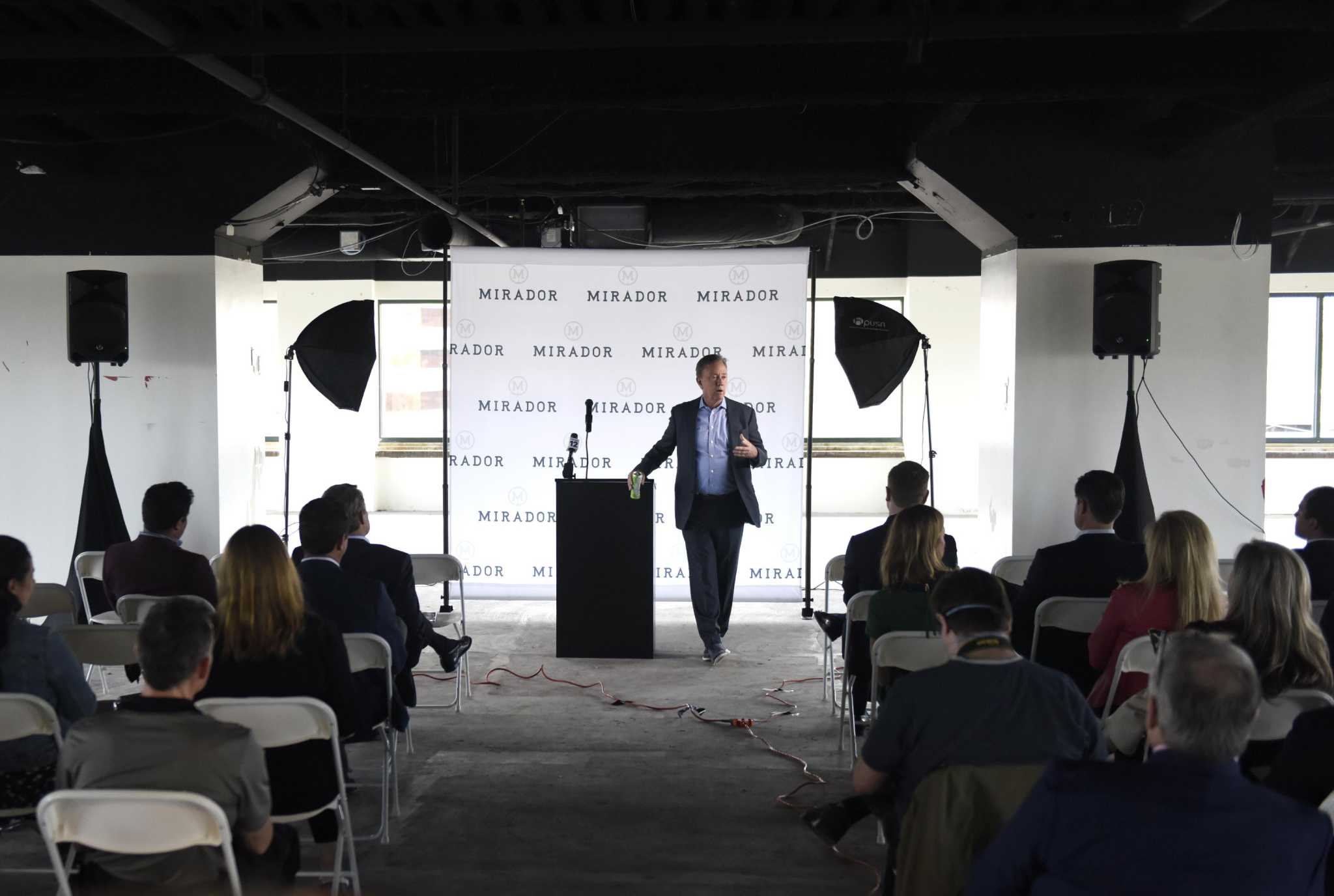 STAMFORD — Financial-services firm Mirador LLC announced Monday it plans to relocate its headquarters from Darien to Stamford and add about 250 positions in the next three years — the latest of several companies in the past year to qualify for state funding to support significant jobs growth.

Mirador plans to open by the end of this summer its under-construction offices covering more than 20,000 square feet across the fourth floor at 850 Canal St., in Stamford’s South End. It will be relocating from 10 Corbin Drive in downtown Darien where its main offices have been based since its 2015 founding.

The move will increase by nearly 50 percent the headquarters footprint of a firm that employs about 100 and specializes in managed services for the wealth management industry.

“We went from one small office to 14 separate offices at Corbin Drive, with 23 doors. So unfortunately, we’re going to have to say goodbye to Darien, but we’ll always consider it our birthplace,” Joseph Larizza, Mirador’s founder and managing partner, said Monday at a news conference at 850 Canal, joined by a number of his colleagues and local and state officials, including Gov. Ned Lamont.

“That leads to what we have here, which is a place that is really going to be able to command us to get good-paying career jobs for people in the industry. We’re looking forward to our next chapter.”

To support Mirador’s growth, the state Department of Economic and Community Development will provide a grant of up to approximately $3.24 million. The maximum amount is contingent upon the firm creating and retaining 250 full-time jobs. If it creates fewer positions, then Mirador could receive a smaller grant.

Larizza said the support of officials such as Lamont, Stamford Mayor Caroline Simmons, DECD Commissioner David Lehman and Peter Denious, CEO of the economic development-focused nonprofit AdvanceCT, was pivotal in Mirador’s decision to stay in Connecticut. The firm also considered potential headquarters locations in other states like New York, New Jersey and Rhode Island before settling on Stamford, according to Larizza.

“We’ve met the governor three times now; we’re not even in our (new) space. We were Mayor Simmons’ first meeting after she had her baby,” Larizza said. “We really appreciate the responsiveness that Connecticut has given us. … We’re really excited about how much effort the state is putting into bringing industry and financial services and fintech back to our state.”

“Thank you for staying in Connecticut and for choosing Stamford to bring your incredibly innovative and growing company and all these excellent, high-paying jobs to our city,” Simmons said.

In addition to more than 90 professionals working in Darien, Mirador also has employees based in Chicago; Jacksonville, Fla.; Salt Lake City, Utah; and Dublin, Ireland.

Its services encompass financial reporting, middle-office and “expert” services, an adviser technology platform and an adviser-client portal. Its clients include high-net-worth families and family offices, wealth managers, endowments and foundations.

Mirador represents the latest of several companies that have announced in the past year plans to expand in southwestern Connecticut, backed by jobs-dependent state subsidies. Those other businesses include financial-services firms Digital Currency Group, iCapital, Hudson Bay Capital and Tomo Networks and manufacturer and technology-services provider ITT.

Tobacco giant Philip Morris International, which is planning to open later this year a new headquarters in downtown Stamford after relocating from Manhattan, is not receiving state funding.

DCG, ITT, iCapital, PMI and Tomo cumulatively plan to create several hundred jobs in the state during the next few years.

“To use that overused word ‘ecosystem,’ we’ve got one here in fintech,” Denious said. “I think it has tremendous potential to continue to bring more businesses and help the ones that are already here grow, a la Mirador.”