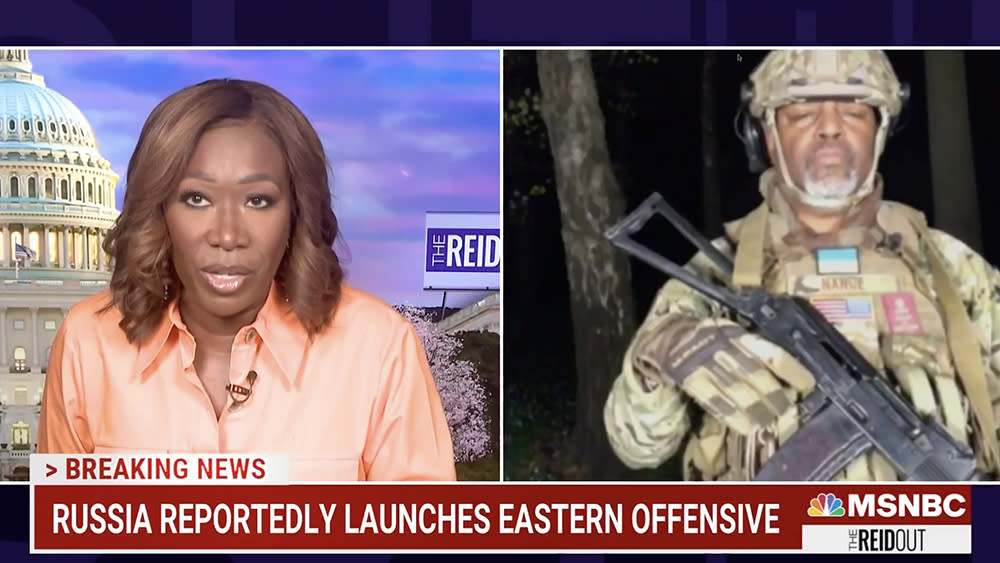 Malcolm Nance, an analyst of terrorism and intelligence who frequently contributes to MSNBC, appeared on Joy Reid’s “The ReidOut” on Monday evening to announce he has joined the fight against Russia in Ukraine.

Nance, who is the executive director of think tank The Terror Asymmetrics Project, has joined the International Legion of Territorial Defense in Ukraine. As Reid reported on MSNBC, there are about 20,000 people from 52 countries currently serving in Ukraine following the Russian invasion.

“I spent quite a bit of time here in the pre-war period and when the invasion happened, I had friends who were in Donetsk, who were in the Ukrainian army, who were writing to us and telling us, ‘We’re not going to survive tonight. We’ve been hit 500 times,’” Nance said when Reid asked why he decided to join the fight.

“The more I saw of the war going on the more I thought, I’m done talking. It’s time to take action here,” Nance continued. “About a month ago, I joined the International Legion here in Ukraine and I am here to help this country fight what is essentially a war of extermination. This is an existential war, and Russia has brought it to these people and is mass murdering civilians. And there are people here like who me who are going to do something about it.”

A former U.S. Navy senior chief petty officer, Nance is also the author of several books, including “Defeating ISIS: Who They Are, How They Fight, What They Believe” and “The Plot to Hack America.”