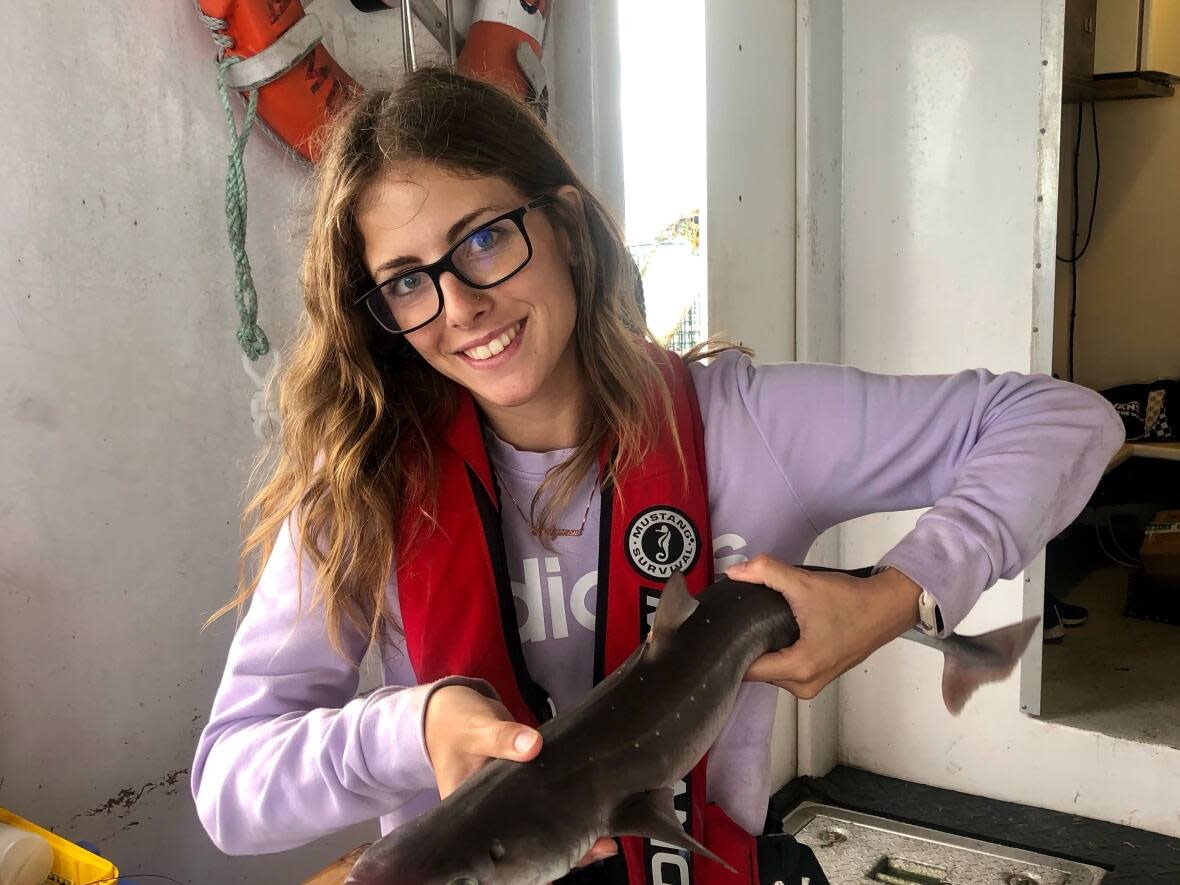 For six weeks last fall, a small group of scientists, researchers and technicians, learned how to incorporate Mi’kmaw traditional knowledge into the work they do every day.

It was part of a unique course offered at Nova Scotia Community College’s nautical institute in Port Hawkesbury, and created by biologist and educator Leah Creaser from Acadia First Nation.

It wasn’t unusual for the three-hour, in-person classes to stretch well into four hours, as students had frank conversations about why Western science has excluded Indigenous perspectives — and what they can do to change that.

These conversations don’t happen enough, said Creaser, and it’s why she was eager to develop a continuing education course for people who’ve already started their careers.

“We are not the only people that were affected by colonization,” she said. “In every way that non-Indigenous people believe that they can’t reach out to a community, or they seem a little scared or timid around an Indigenous person … that is a product of colonization.”

At 27, Creaser is only a couple months into her master’s degree at Acadia University, but she’s no stranger to developing post-secondary courses rooted in the knowledge she’s learned from members of her community.

In 2020, she created a lab about traditional knowledge that’s now a requirement for all first-year biology students at Acadia.

But as much as institutions like Acadia, NSCC and others are eager to decolonize education, Creaser said these places were designed in many ways to exclude.

Take something as simple as an employment form, she said.

When Creaser was hired to teach the NSCC course she spent last summer developing, she was told she needed to fill out a form detailing her education level and experience to determine how much she’d get paid.

She knew it was standard practice, but she also felt conflicted and uncomfortable about putting a price-tag on the knowledge she’d been asked to share.

“We are not the only people that were affected by colonization.” – Leah Creaser

She pointed this out to the college, and Creaser said NSCC, to its credit, quickly agreed it wasn’t needed and sent her an offer instead.

“You just need individuals to be behind you and to understand and want to make that change — and then it’s possible,” she said.

Students study Mi’kmaw history and culture, they learn about Etuaptmumk and Netukulimk, and how to implement traditional knowledge in the field.

Incorporating Indigenous voices and perspectives can begin with including a land acknowledgement in an email signature, or knowing the Mi’kmaw place names and history when you’re out doing research, Creaser said.

Be open, and ask permission

For Melissa Hiscott, who left a career in health care to become an environmental engineering technologist, the NSCC course was eye-opening but also a bit nerve-racking at first.

“I was nervous just because I had grown up with not knowing the full history of Indigenous people in Canada, let alone Mi’kmaw people in Mi’kma’ki where I live, and I was always afraid of saying the wrong thing,” she said.

Her most recent research involved testing the quality of well water in a certain area of the province.

Now, having taken Creaser’s course, Hiscott said she could have reached out to the local Mi’kmaw community who have intimate and long-held knowledge of the water systems and geological processes in that region.

“We don’t have to reinvent the wheel. It’s there for us,” she said. “We just have to be open and ask permission for knowledge.”

What’s next for the course

Creaser’s course was part of a larger project funded by the federal government to create opportunities for women and Indigenous learners at NSCC.

The funding has now ended, but the manager of NSCC’s school of technology and environment said they’re looking at ways to keep offering it.

It’s possible it will return as a separate continuing education course or be built into other programs at NSCC, said Leif Helmer.

Creaser said the course wasn’t about sharing specific traditional knowledge in detail, but rather about giving students a framework.

She hopes it inspires them to root their research in Etuaptmumk, or two-eyed seeing — the concept that both Indigenous and Western lenses can be used together in science.

“I really just want to show the importance of traditional knowledge,” she said. “It shouldn’t be just brushed under the rug.”