Ottawa business hurt by convoy can apply for aid on Tuesday 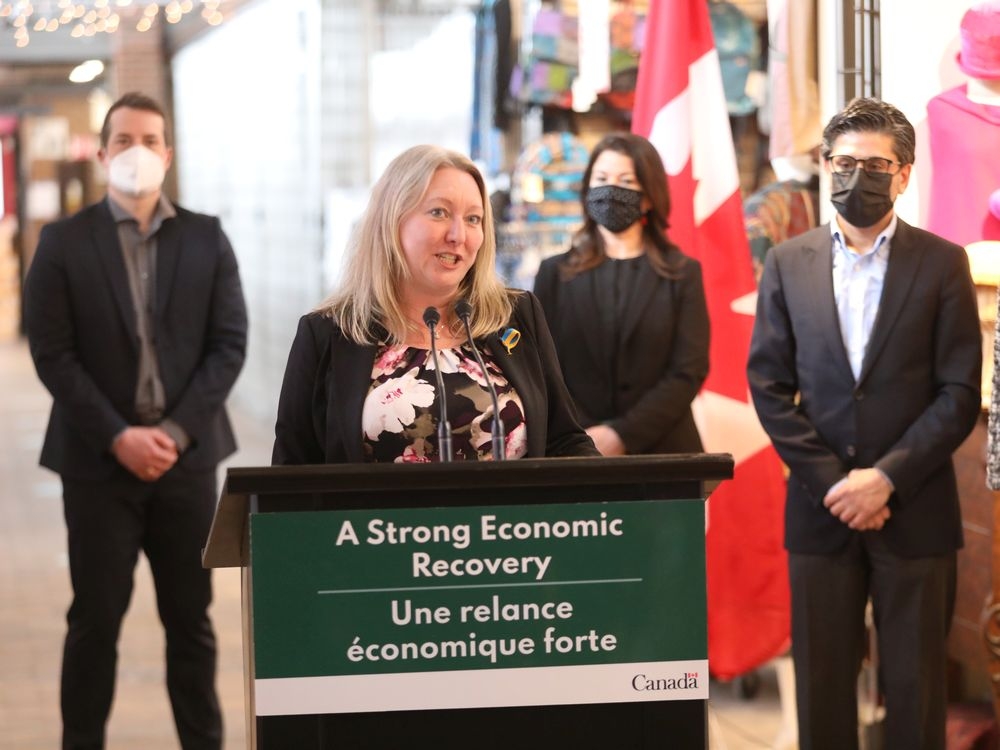 Ottawa businesses in the areas most severely impacted by the weeks-long “Freedom Convoy” can start applying for up to $15,000 in federal and provincial relief next Tuesday, with cheques expected to arrive in about three weeks.

Details of the $30-million plan were unveiled at a noon-hour press conference Friday in the ByWard Market, hosted by Ottawa Centre MP Yasir Naqvi and attended by municipal councillors, MPs and Ottawa business organization stakeholders.

“Because of the illegal occupation and blockade, our businesses for three weeks were absolutely completely shut down,” said Naqvi, “and it was really necessary that we do everything to assist these businesses to reopen and to rebuild again as they work through this pandemic and also the aftermath of the illegal blockades.”

The Downtown Ottawa Business Relief Fund, which includes $20 million from the Federal Economic Development Agency for Southern Ontario (FedDev Ontario) that was announced on Feb. 19, and $10 million the province announced last week, will provide non-repayable funds to qualifying for-profit businesses with 100 or fewer employees, to cover such expenses as utilities, insurance, bank charges, wages, rent and loss of inventory, as well as other “extraordinary” costs related to the repair or protection of their businesses during the demonstration. Applications will be accepted until the end of April.

“The occupation forced many businesses to shut their doors or significantly reduce their hours … and resulted in significant revenue losses,” Treasury Board president and Ottawa-Vanier MP Mona Fortier said.

“You have to acknowledge when you talk to business owners that we’re in a healing process still,” she added, noting that businesses were still feeling the effects of the convoy.

Sueling Ching, president and CEO of the Ottawa Board of Trade, said she was pleased at how quickly the federal, provincial and municipal governments responded.

“It may not cover all the costs that businesses lost, but I think this is a real signal to spark business, consumer and employee confidence.”

Ching added that Ontario and Ottawa had also earmarked funds for the marketing and promotion of events. “And the more people we can get to shop local and support these businesses, that’s what’s going to be the paradigm shift.”

Some area businesses said they were glad of the fund. John Diener, owner of Saslove’s Meat Market, said his store was only closed for three days during the demonstration, but sales on the other days hardly warranted opening.

“Sales were only about 25 per cent of what they would have been. We had some spoiled meat, and I also believe my employees have a right to earn a living, so, even when we were closed, I was paying them — I just feel that’s important.”

Diener added he thought $15,000 would come close to covering their losses during the convoy.

Sheila McLaine, co-owner of Planet Coffee, was also thankful for the fund, but said it wouldn’t cover the lost revenue and extra expenses her business incurred, nor address the emotional strain. The coffee shop, she said, reduced its hours, including closing on weekends, and also had to deal with people who refused to wear masks — one who threatened to redecorate with his own excrement if they wouldn’t let him use the washroom.

“Those three weeks were worse than COVID. With COVID, everyone was in it together. We saw random acts of kindness. People were doing things to support one another and to support the business. But with the occupation, it was like we were in two different cities. People outside the downtown core have no idea how terrible it was.

“For three weeks, authorities did nothing to shut it down, and now they’re throwing $15,000 at it? That’s nothing, and it doesn’t even compensate for all the stress and anxiety.”

Sign up to receive daily headline news from the Ottawa SUN, a division of Postmedia Network Inc.

The next issue of The Ottawa Sun Headline News will soon be in your inbox.