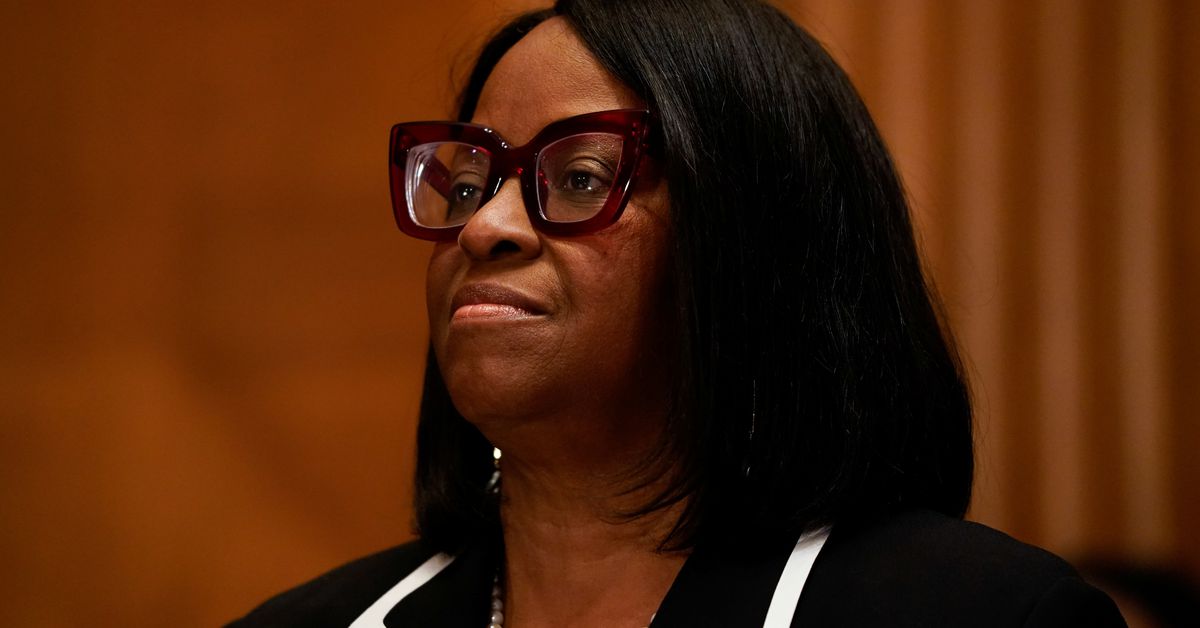 
Reta Jo Lewis testifies before a Senate Banking and Urban Affairs Committee hearing on her nomination to be president of the Export-Import Bank of the United States, on Capitol Hill in Washington, U.S., October 26, 2021. REUTERS/Elizabeth Frantz/File Photo

“We want Ukraine to win. That’s why we’re doing everything we can to help Ukraine defend its sovereignty and territorial integrity, and to strengthen Ukraine’s position on the battlefield and at the negotiating table,” Lewis said.

Ukraine’s finance minister, Serhiy Marchenko, welcomed the strong U.S. support and said his country is looking for bridge financing to fill gaps in its budget.

The country’s central bank governor, Kyrylo Shevchenko, said the Ukrainian banking system was in good shape and that payment systems are functioning, nearly two months after Russia launched its Feb. 24 assault on its Eastern European neighbor.

Ukraine is expected to lose a third of its gross domestic product in 2022 under a moderately optimistic scenario, Shevchenko said.

He said Ukraine had received nearly $4 billion in aid from the International Monetary Fund, World Bank and European Union, among others, but would need continued funding to cover gaps in its budget.

“In order to keep sufficient level of these resources, it will be crucial for us to continue to continue receiving official finances from our international partners,” Shevchenko said, adding that his government was counting on U.S. support.

The Ukrainian delegation met with Lewis and other officials at EXIM’s headquarters in Washington on the sidelines of the spring meetings of the IMF and World Bank.