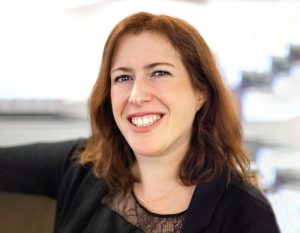 “Hell is other people.”
—Jean-Paul Sartre
—Introverts before going to a networking event

It’s been a minute, but conferences and networking events are back, baby!

For property managers, multifamily marketers, leasing agents and tons more in the industry, this is a good thing—allowing people to learn the newest apartment trends and expand their contacts. And it’s not just for those in multifamily! Everyone needs to network.

There are all sorts of tips out there for introverts to make networking easier. Unfortunately, they all seem like they were written by extroverts. Despite what it seems, there are lots of introverts out there—it’s estimated that introverts make up 25 percent to 40 percent of the population. As a card-carrying introvert myself (we have a club, but no one attends the meetings), I’m here to help. Here are some common networking tips for introverts that you shouldn’t follow, and some new tips that just might work for you.

Standard introvert networking tip: Arrive early.
Why this might not work: The idea is that it’s less stressful to get there when there are fewer people so you don’t have to break into already-in-progress conversations. What actually happens though, is that you’ll awkwardly stand there while the staff is setting up, and as people straggle in they’ll stand by themselves pretending to check messages on their phones or they’ll wander out to “check if their car is locked” until more people are there. (Remember, other people are introverts, too!) It might seem weird, but it’s actually easier to go to an event when there are already a lot of people there, interacting. You can wander around comfortably without all eyes on you until you find people you want to talk to. Stand near a group, and they’ll open their huddle circle for you, and then you’re in!

Standard introvert networking tip: Bring a friend or peer.
Why this might not work: Sure, having someone you know will make entering a crowded room of strangers easier. But then you’ll likely spend the whole time hanging on to that friend and possibly only talking to them, which defeats the whole purpose of networking. And if they bring other people into the fray, they’re likely to lead the conversation, so you might not get what you’re looking for.

Standard introvert networking tip: Prepare your elevator pitch
Why this might not work: If you are so single minded, you will sound like Rain Man. Definitely, definitely sound like Rain Man. Plus, you will seem like you only care about advancing yourself. (I mean, that’s why everyone is there, but you have to be a little more subtle about it.) Make sure you ask questions about other people. You can find out great things about the industry, or maybe you’d even be able to help them! And then they’ll be more willing to help you as well.

Standard introvert networking tip: Fake it ’til you make it
Why this might not work: Introverts are often told to just pretend to be extroverted, and to go into the event ready to mingle—and eventually you’ll get used to it. But if this doesn’t come naturally to people, then they might come off as ingenuine. Plus, it’s exhausting. If you’re not an extrovert, don’t be an extrovert.

Focusing on quality, not quantity. You don’t have to talk to every single person at an event. That doesn’t even seem possible. To paraphrase the great Lady Gaga, there can be 100 people at the multifamily property managers cocktail hour after a very insightful day of education sessions, and 99 might not talk to you, but one did and that was the person who gave you an idea about how to quickly increase your lease ups. Or something.

Looking for other people standing off to the side. It might seem like everyone knows each other and are having a great time and are making deals. But take a lap, and look for the others who are standing by themselves, maybe on their phones, or even looking a little awkward. Especially for the people looking awkward! They’ll be grateful to have someone to talk to. Just because someone isn’t the loudest or most gregarious in the room doesn’t mean they aren’t someone worth talking to.

Standing near the bar/food. Your strategy at the 8th grade dance also works for business! You can break the ice about asking for a drink recommendation or saying how good the coconut shrimp skewers are. After all, if you’re having trouble meeting people, go where they’re going. (See also: near the restroom.)

Using the bathroom to your advantage. Speaking of bathrooms, they can be a valuable tool during networking events. Sometimes conversations lag. Or you want to talk to other people. Or you just need a minute to yourself to take a breath. No one will be insulted if you need to wrap up the conversation because you need to excuse yourself to go to the bathroom. Go, splash some water on your face, and then go back out, ready to talk to someone else.

Asking for one-on-one meetings. If you’re at a conference and happy hours aren’t your scene, try grabbing one of the speakers after a session and see if they want to grab a coffee with you before the next session. It’ll be quieter than at a huge party, and fewer people will be clamoring for their attention. Plus, you get coffee. Win-win.

Going to events that aren’t business oriented. Are you into wine? Go to a wine tasting event. Sporty? Join an adult softball league. Obsessed with The Bear on FX? Try a cooking class (also, message me, because weren’t those last two episodes super intense, but like in the best way?). Just because they don’t have to do with real estate doesn’t mean that they’re not helpful. You’ll get comfortable meeting new people “on your own turf.” Plus, you never know who else will be there!

Are there any other common networking tips for introverts that don’t work? Do you have any more tips that do? Does anyone want to talk about The Bear with me? I’d love to hear your thoughts! Post your comments on our Facebook page or send a tweet to @MHNOnline or @jfiur.